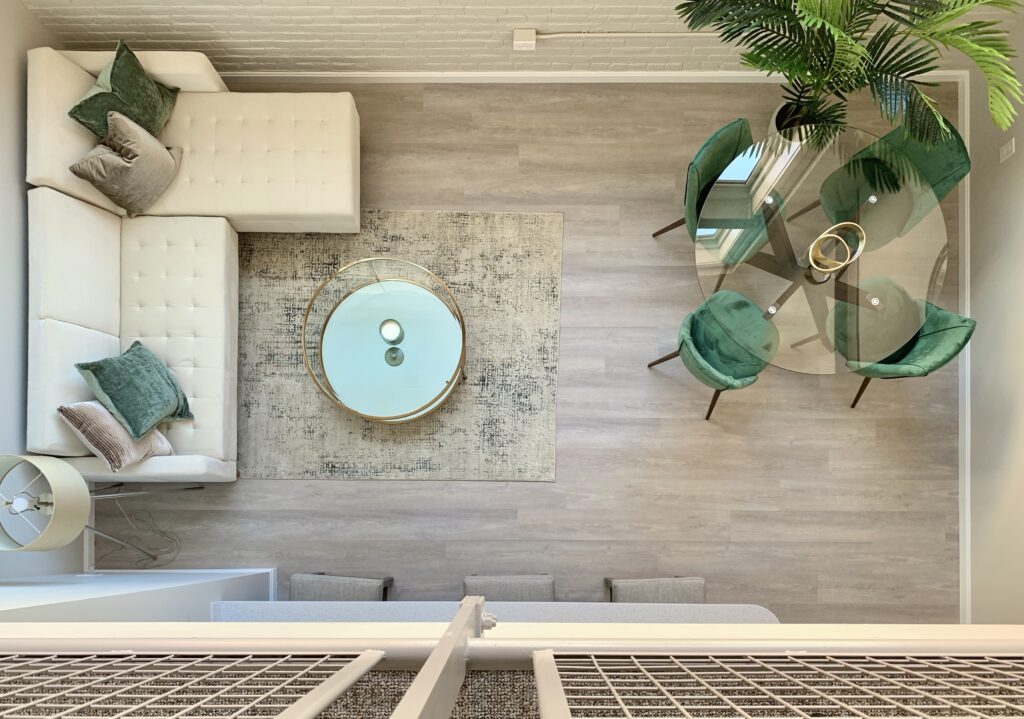 WORCESTER — The heart of downtown Worcester can be seen from a window of an upper-floor apartment in the soon-to-open Chatham Lofts.

The six-story, 125-year-old building at 6 Chatham St. that formerly housed a performing arts school and a YWCA has been renovated for 24 market-rate apartment suites set to open in November and December. Tours are available for the new units, which the developer said gives a boost to the surrounding neighborhood.

Work was still ongoing at the building on Thursday, with construction teams working to install a handicap-accessible entrance and the front lobby still waiting on its furniture and other installations. One duplex unit had been staged with furniture and decor by the Worcester-based company Pineapple Home Staging to model how the units could look for renters.

The Menkiti Group, the Washington D.C.-based real estate agency that will operate Chatham Lofts, projects that the lofts will be open to tenants by mid-November or early December, but unforeseen issues may lead to the timeline being pushed back.

Ifeanyi A. Menkiti, a poet and former philosophy professor at Wellesley College, purchased the building in 2015 for $800,000 with the vision of using the property as part of an institution for global studies.

Bo Menkiti, Ifeanyi A. Menkiti’s son as well as co-founder and CEO of the Menkiti Group, aided his father in his real estate plans for Worcester and continued to develop properties in the city following the elder Menkiti’s death in 2019.

Prior to Menkiti’s purchase of the building, the building was used by the Performing Arts School of Worcester. Bryon Wells, a development project manager for the Menkiti Group, said that the large open spaces that the school used for activities such as ballet were thought of as suitable locations for lecture rooms in a global studies institute.

Wells said that Bo Menkiti eventually reassessed his father’s Worcester properties and decided that the 6 Chatham St. building would be better suited for residential renovation.

The Menkiti Group follows a philosophy for neighborhood development that puts emphasis on building residential properties before building up other properties for office space and retail, Wells said. The company envisions cities that are more walkable and less dependent on cars.

“If you want to turn around and improve a neighborhood, residential projects are the first ones you want to do,” Wells said. “Because once you have people who live within walking distance, they can better support main street businesses, and that’s something that the Menkiti Group has done in a couple of different Washington, D.C., neighborhoods.” 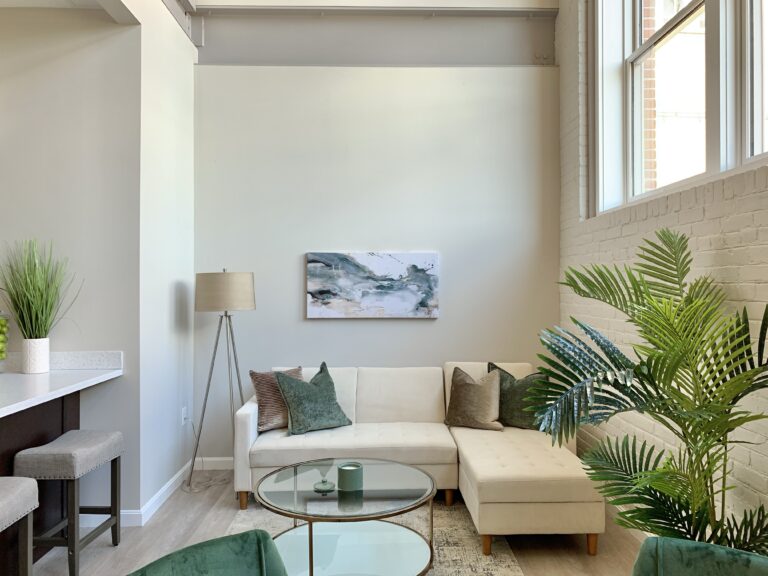 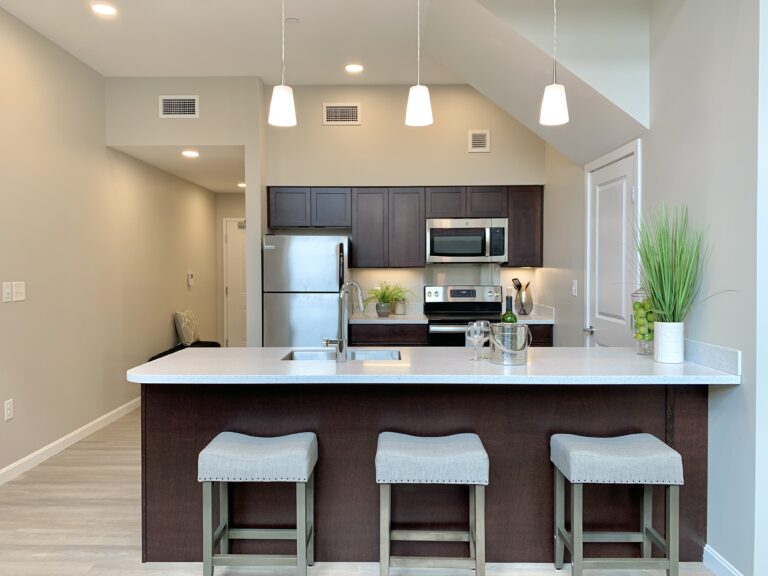 Wells said the Chatham Lofts building’s location makes attending ball games or going to theaters an easy trek. Preserving an old building with architecture that is no longer common practice in development was another attractive feature of developing 6 Chatham St., Wells said. He pointed to a large window located in a duplex unit as an example of architecture that cannot be found in newer buildings.

“They don’t build them the way they used to, I mean, this big window we’re looking at is 12-feet-by-14-feet with a real load-bearing brick archway over it,” Wells said. “Show me a newly-built apartment building that has a 12-by-14 window. The bones are amazing, so we think it’s worth saving them.”

Other Worcester properties owned by the Menkiti Group include 554 Main St., 204 Main St. and 401 Main St. In June of 2019, the city negotiated a tax deal with Emengini Educational Trust LLC, an affiliate of the Menkiti Group, for the property. At the time, the tax savings was equal to a 60% exemption on additional property taxes that would result from an anticipated increased valuation of the property. The city assessor projected that the property would increase to $1.976 million after construction. 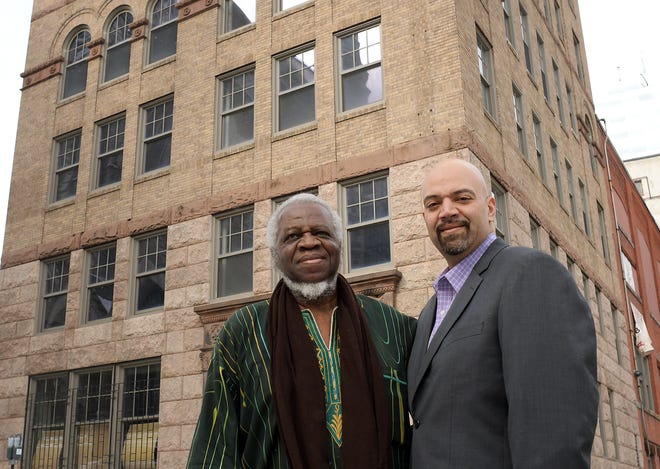 The plan is known as a tax increment exemption, a tool used for residential projects under the state’s Housing Development Incentive Program.

Wells said the tax increment exception plan allows projects to be more manageable in the years before they can start taking in tenants.

“The tax incentive programs are helpful because a building like this is insanely expensive to renovate. When you get it completely empty and in disrepair, its millions of dollars and several years of time during which we’re collecting no rent, making no money,” Wells said.

A large challenge in renovating the property was that the property is made up of two separate buildings with slightly misaligned floor levels, leading to some stairwells that are more difficult to work through. The old parking garage was in worse shape than the developers were initially aware of and required additional reinforcement, Wells said.

One pleasant surprise of renovating the building was discovering additional ceiling height on the sixth floor penthouse suite after ripping back a dropped ceiling.

Courtney Truex, director of commercial real estate for the Menkiti Group, said that a good amount of the interest in the apartments come from graduate or medical students. However, interested parties also include working professionals in the area, people from other states and even potential tenants from foreign countries including the United Arab Emirates.

After the first YWCA building in Worcester proved popular in the late 19th and early 20th centuries, the agency added several more properties on Chatham Street. The 6 Chatham St. property was a part of that expansion of YWCA buildings.

One reminder of the building’s history as a YWCA administrative building is the pool tile that lines the lobby and studio apartment walls on the first floor, where there once was a pool.

The development team found that the mother of the construction manager of the site, Bruce Ellis of RP Masiello Inc. in Boylston, lived at the building when it was a YWCA for a year in the 1940s. Truex said that she provided a tour of the building to the YWCA Central Massachusetts team and they were thrilled to see the renovations on the building.

The new website for the 6 Chatham St. building includes a section where residents can submit testimonials or stories about a memory they have of the building back when the YWCA or the Performing Arts School of Worcester operated it.

Chatham Lofts also offers nine alcove studios, four one-bedroom regular apartments, five one-bed duplexes, three two-bedroom regular apartments and a two-bedroom with an alcove. One deposit has been submitted and 15 applications for suites have been sent with four additional applications likely by the end of Thursday. The Menkiti Group expects all units to be filled by the end of the year.

Writen and Published by Telegram & Gazette. 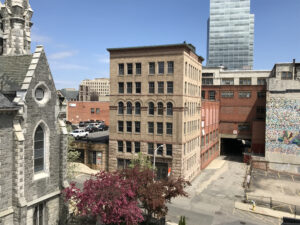 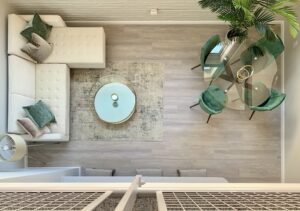 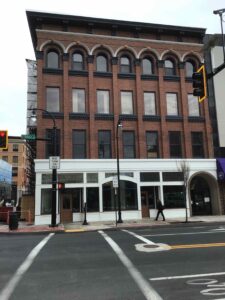